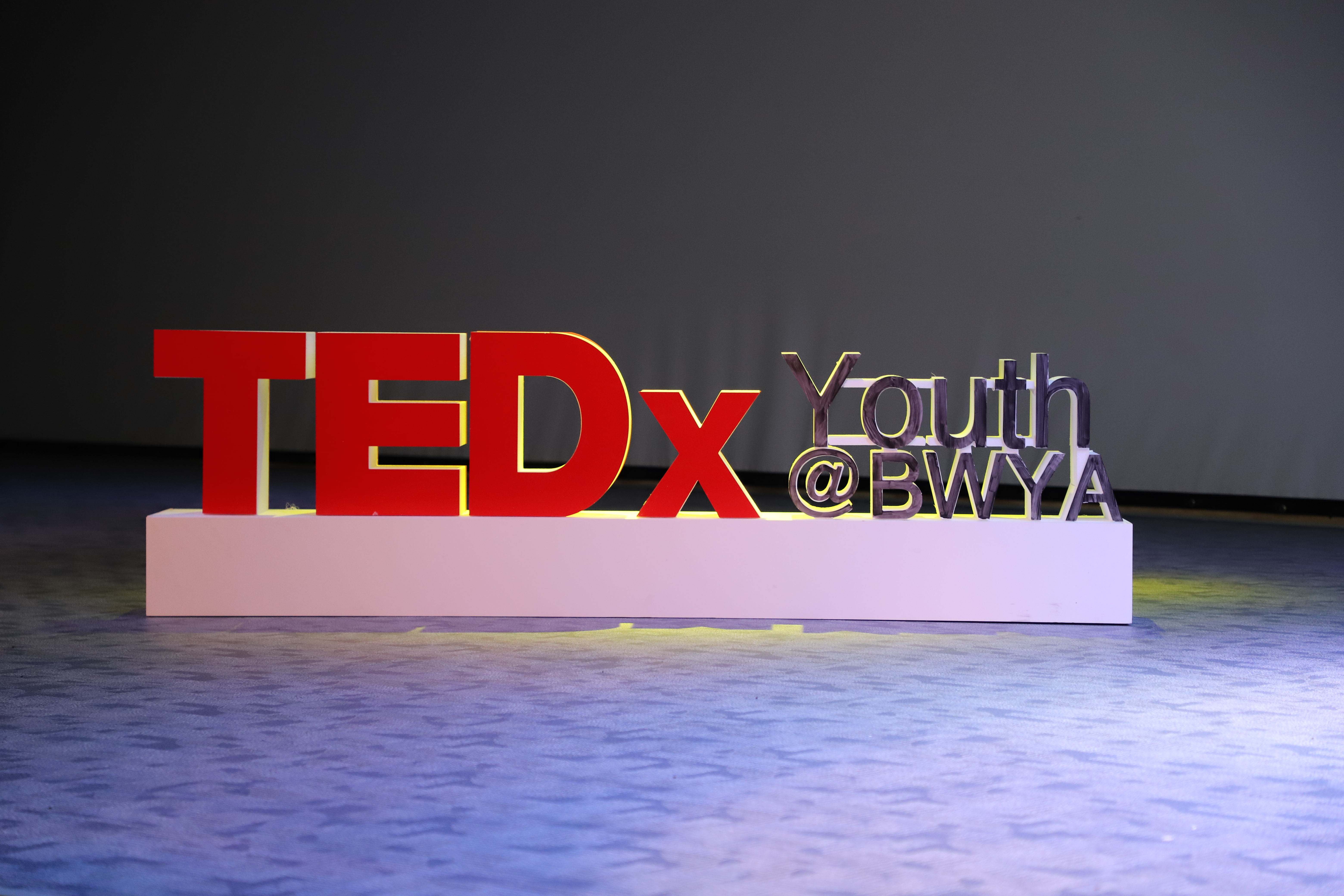 Ideas worth spreading with TEDx at BWYA

After the recent TEDx event hosted at our performing arts centre, we had some time to meet up with the four event organisers, Hannah Xu, Natalie Fang, Esther Yang, and Spring Xia – all students in the final year of the DP programme.

The event, first organised by Hannah last year, brought together a number of students and staff from international schools around Beijing, as they grappled with the theme of ‘Identity’. 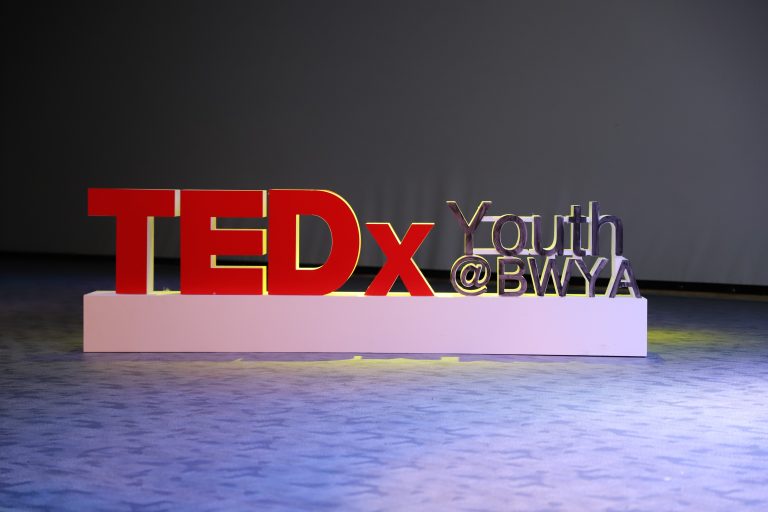 Q: To start with, could you let us know why did you want to host a TEDx event?!

Esther: Actually, I first talked to Hannah because Hannah hosted the TEDx last year, so I wanted to work with her again to try and make it a legacy at BWYA, also to make the quality of the events at our school better. We started talking, and started to involve Spring and Natalie to work together. Then we realised that Spring does MUN [Model United Nations], which involves debate and giving speeches, Natalie likes speech and debate, Hannah and I want to work in the media, so we realised the four of us have a common interest in communications so we decided to host this.

Q: What help did you get for organising this year’s event?

Spring: First of all, Hannah did it last year so we had all the experience from her. For example, some of the unexpected things that happened last year meant we were more careful this year. We received a lot help from Mr. Lindsey, our supervisor, who facilitated a lot of the direct communications with the school so it was more efficient for us to get the venue and the time settled. We also received a lot of help from other teachers like Dr Pacitti, Mr Greenway, and Mr Ralf, and also our peers were very supportive when we reached out to them to see if they could come and volunteer at our event.

Q: What were the ‘unexpected things’ last year?

Hannah: A lot of things were very unexpected because I had no experience and I did it by myself, of course with the help from Mr. Lindsey. There were some difficulties with the TEDx webpage and the update of information, also I had to do an interview with the people from TEDx, none of which happened this time. Also there was a problem with speakers not following their scripts. So this time we were more careful with everything.

Q: Any problems this year?

Spring: At the event itself, we were predicting that something would go wrong, maybe the mics would stop working or something, but none of this happened at the event! I think the only thing that was a little bit difficult was with the presentations. We had to switch midway, then when we were switching the computer got stuck for a few seconds, but that was the only thing that happened and it still got resolved.

Q: How do you think the event will encourage other students?

Esther: We wanted to do something that connects all the international schools in Beijing, so that’s why we looked for speakers from different schools, and we thought it’d be really niceto meet the schools who are not usually related together through this TEDx event. I think it’d be great if this could become an annual or seasonal thing where people come together and present their ideas, becoming a thing amongst international schools. It’d be great if future students can take this event and make it a tradition.

Q: Were the other schools positive to working with you?

Spring: We actually had participation from four other schools, they were all very enthusiastic about the event, and one of the speakers even brought some of their students, so this opportunity really opened up our school’s TEDx to the other international schools. I think their attitudes were very positive towards the event.

Q: What do you think you’ll take from this going forwards?

Esther: I think this event helped us to get a sneak–peak of society. We had to meet new teachers from other schools, and they were treating us as adults. Shaking hands, introducing themselves with their first names rather than ‘Mr. Lastname’ and they weren’t treating us like little kids, so it felt like we could mature a little more before going into society, this event helped us to learn how we can act in the future with many different people.

Q: Did you feel well supported organising the event?

Spring: Mr. Lindsey helped us a lot in the preparation phase, mainly with communication with the school, but also sorting out technical problems. Also when we don’t know how to respond to some of the speakers’ questions, he would help us out. But he wasn’t present at the event because of other duties, so he placed a lot of trust in us!

Actually in the beginning I assumed he would be there the whole time, then the day before the rehearsal and event when he said, “I’ll get there about 3”, and I panicked a little bit, but I feel like he put a lot of trust in us and it worked out in the end.

Q: How did you deal with the pressure of running such a large event?

Hannah: I think prior to the event there was lots of pressure because we got a lot of things settled in the final week. But we spent around one year in preparation, so it went quite smoothly because we have four people and everyone was contributing a lot, so only the last week was a little bit tough.

Q: Finally, what advice would you have for other students who would like to do projects like this?

Natalie: If you have an idea, just try and make it happen! Don’t just ‘pre–think’ what’s going to happen and think it’s too tough and then be ‘oh because it’s tough, maybe not…’ Just try, and even if you fail, at least you tried!

We hope that in the spirit of TEDx, and as Natalie said, you’re inspired to take your ideas and ‘just try’. To view a recording of the event, you can click on this link, or for more ideas worth spreading,view the TED website here.