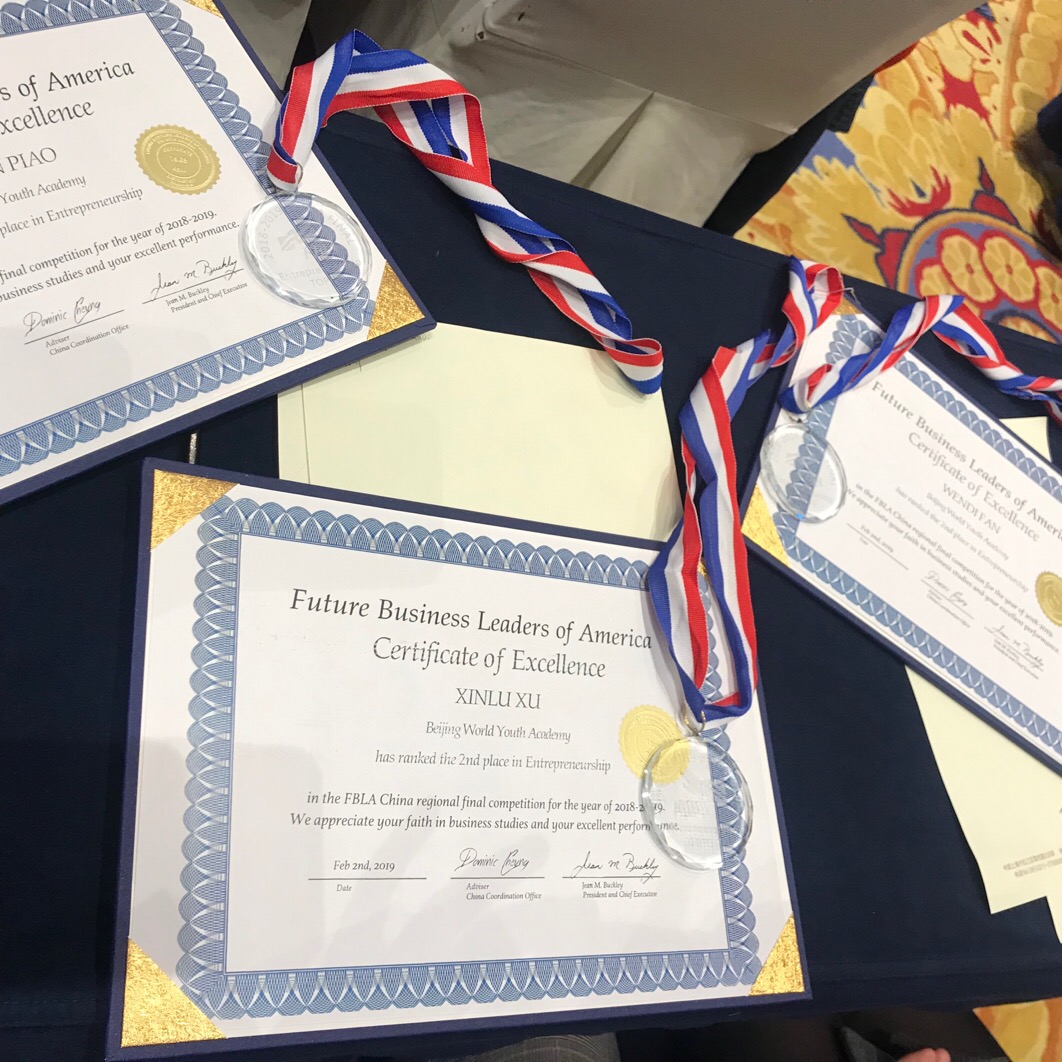 Three BWYA students will soon be going to America, representing BWYA at the Future Business Leaders of America World Finals, having placed second out of the hundreds of entrants at the Chinese FBLA National Finals. We recently caught up with Leah Park, Wendy Fan, and Jessica Xu to learn about their experience so far! 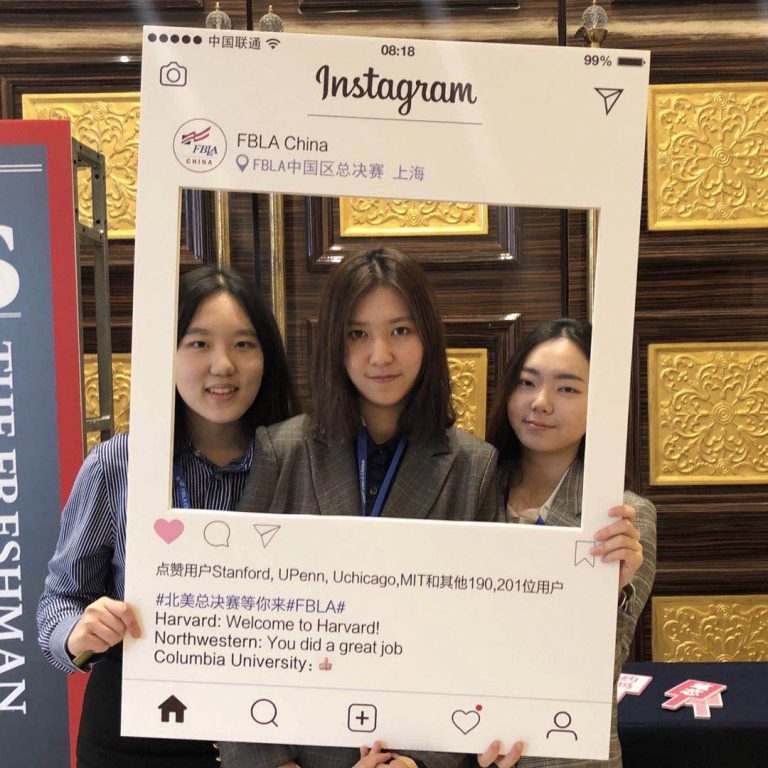 FBLA is the ‘largest career student business organization in the world’, with over 230,000 students involved in their activities. [https://www.fbla-pbl.org/]

Originally developed in 1937 as an organization to unite the thousands of business clubs in America’s schools and colleges, the Future Business Leaders of America organisation now seeks to bring together students from around the world who are interested in pursuing a career in business.

This year’s preliminary testing involved 600 teams and 2000 participants from China alone, with 80 teams qualifying for the Chinese national finals. The top two teams for the four different topics (Banking and Financial Systems, Entrepreneurship, Global Business, and Marketing) then proceed to the world finals in America. What was your experience of the event, what did you learn?

The three of us joined the competition at first without expecting much. Luckily, we passed the first round by scoring just above the entry level for the 2018-2019 FBLA China Final. It was from then that we became very determined to put in maximum efforts.

We travelled to Shanghai before Chinese New Year to attend the competition. The competition was divided into two parts: presentations and a written test. For these, we had to analyze a case study with business or economics-related concepts and ideas. During the closing ceremony, all the groups that chose Entrepreneurship (our topic of focus) were called up to the stage and the judges announced the ranking. “23rd…, 17th…, 5th…, 3rd…, 2nd Beijing World Youth Academy…!” Holding the award, that moment was truly incredible. The more exciting news is that, we will be flying to San Antonio in the United States to continue our journey of FBLA!

The process was truly rewarding to us and there were so many inspiring moments during the competition. A Chinese entrepreneur gave a presentation in the opening ceremony and he said that the 6 most important keys to success are: Courage, Team, Vision, Adaptability, Commitment and AQ (Adversity Quotient). During the process of the competition, not only did we gain knowledge, but we also learned so much that is not in the textbooks – Collaboration, Independence, Confidence, Commitment, Global awareness, the list continues.

Why did you initially decide to enter this competition?

Although we didn’t know a lot about the competition to begin with, we did know the standards were very high, so it would really push us. We are also all very interested in studying business or economics related degrees in the future, so hope that this experience will prove to be very useful for university and future life. Finally, talking with our supervisor Mr. Oladipo (BWYA Business Management Teacher and University Counsellor), he also recommended it as a great learning opportunity, so we decided to give it a shot!

What challenges were there to overcome?

We met several challenges during the competition. As mentioned before, the competition is primarily divided into two parts: a presentation, and multiple-choice testing. For the presentation, we were only given 20 minutes for reading the case study about one business and discussing the suggestions to solve the problem of the business as a business counsellor. Since we were strictly controlled under the given time, we had to rush while reading and analyzing the case study in order to maximize the time for discussion.

To overcome this challenge of a time restriction, we three assigned different aspects of the business to each person, which were: Finance, Human Resources Management, and Marketing. After individually reading the case study, each person wrote brief ideas for each aspect and we discussed as a whole after five minutes in order to ensure the suggestions were feasible. In this way, we could well organize our presentation.

How will this help you in the future?

After we overcame all the challenges, we started to realize that we have benefited and improved a lot from this experience. Our cooperation skills were enhanced throughout the process of collaborating with one another during the competition. We not only learned how to cooperate between the three of us, but also got a chance to develop our unique understanding towards how to efficiently collaborate with other people in the future. Time restrictions stipulated during the competition required us to carry out the most effective ways of collaborating with each other within the given time frame, which benefits all of us in many aspects.

Moreover, by interacting with judges, we figured out ways to ensure that our presentations are engaging to the audience. This is very essential because in the future, when we are interviewing for job positions, we will only have a short period of time to show job interviewers what strengths we have and how we are unique from others. By knowing how to interact well with judges during the competition, we will be able to apply the same strategies in future job interviews. 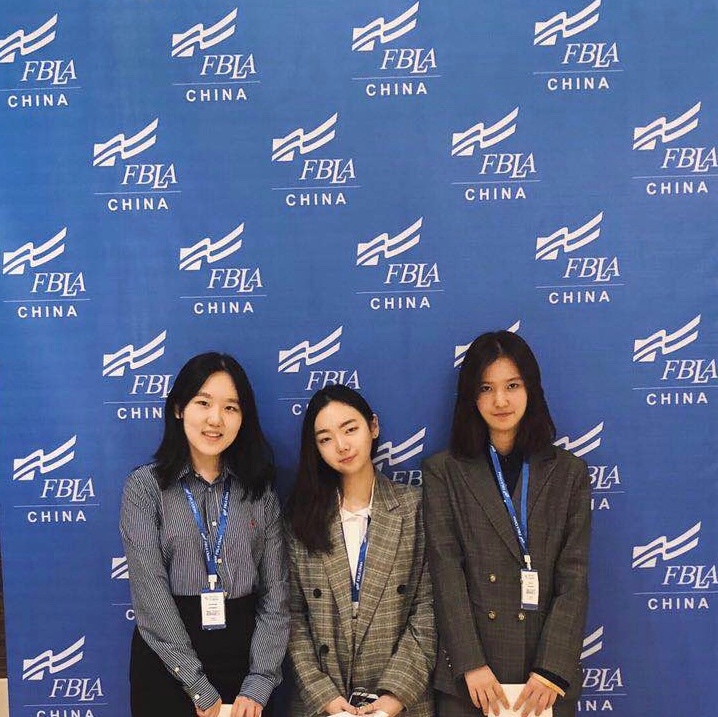 The finals will be held in San Antonio, Texas, from June 29th to July 2nd, where Leah, Wendy and Jessica will meet teams from around the world. We’d like to wish them the very best of luck!