The Public Broadcasting Service (PBS) is an American public broadcaster and television programme distributor. It is a non-profit organization and the most prominent provider of educational television programming to public television stations in the United States, distributing series such as Sesame Street, Downton Abbey, the PBS NewsHour, and many more. 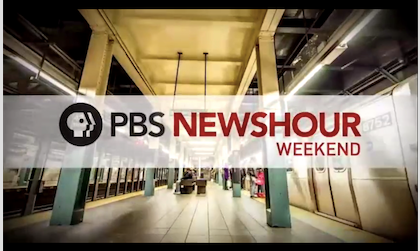 An episode of the PBS NewsHour this weekend featured BWYA teacher Loredana Giovanelli, as she introduced the #CardsforWuhan initiative started at BWYA in February, BWYA student Isabella Li’s video project about discrimination, #Projecttheworld building compassion and empathy in our students, as well as some general tips for teachers around the world during these unprecedented times.

As always, we are very proud of all that our teachers and students are accomplishing in their studies and extracurricular activities, along with the impact that they can have in all spheres of life, in this increasingly interconnected modern age. You can view the news segment here:

According to Nielsen ratings on the programme’s website, 2.7 million people watch the program each night, and 8 million individuals watch in the course of a week.